Demons make up a large percentage of the police community in Lily’s world; however, other creatures filter through them as well. Their responsibilities are large and wide-spreading. And at the head of it all, sits Lily’s mother.

I don’t want to give it all away, but the war over heaven never ended. Power has exchanged hands a few times. During this, Adam has worked beside Lucifer since he was cast out of the Garden of Eden, which is why Adam is sent to babysit because he’s one of the few who can protect her. And, well, not only is she an important bargaining chip, she’s inherited Lucifer’s rare powers. 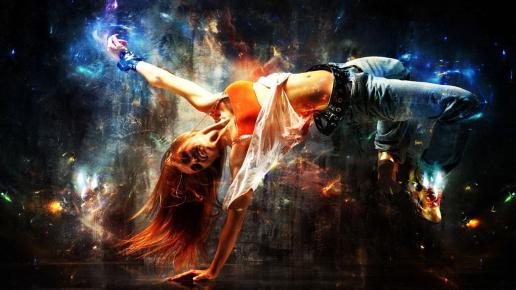 But what she’ll do with it all? I hate to say that I’m not sure. I think some type of special task force—my favorite in the detective genre on television, a guilty pleasure—but that’s not coming for a few books, so I don’t feel too pressured to know what the specifics are any time soon.

I trust my characters and their stories to add up to something in the long run. They haven’t let me down yet.

So, even though this doesn’t say much about what her future job will entail, her first semester does, and she’s not sure if she’s up for the profession by the end of it.

I’m afraid she doesn’t have much of a choice. As she says often, she’s the product of scientists, the FBI, and an arch angel.

“I’m the product of scientists and the FBI, so fifty?”

She was made for this. Literally.

Since I still know little, I may as well highlight a few of those moments below:

From Chapter Six, The Person-to-Person Checklist:

Starr linked her arm with mine. “My friends and I are going to practice spells if you want to come along. You might not be a witch, but that doesn’t mean you can’t enjoy yourself…especially with your studying.”

Wow. The school’s Snow-White-look-alike might make this place seem a little less lonely, but I wasn’t ready for a coven of witches conjuring spells. “The fear of sounding like a complete dork noted when I mention that I have homework. I need to catch up on, well, everything.”

“Probably for the better. Most groups don’t get along well with REPpers.”

Slang for my major in REP, Rule Enforcers of the Paranormal. REPpers punished their own. They punished everyone. They enforced the rules. At least, that’s what I gathered so far. Maybe I watched too many cop shows.

“Do witches?” Did this mean Starr and I wouldn’t get along?

“Depends.” Her slender shoulders reached for those delicate gold swoops dangling from her lobes. “Black magic witches don’t really care for you guys, and some white witches are still holding onto this, like, century-long grudge. Personally, I prefer the person-to-person checklist.”

“Honest. Sarcastic. Quick. Sweet. You know, there are others, like personal taste, but it’s so hard to dig that deep right off the bat. I’ll let you know next time.”

A lot of us split into our own groups on our free time in school—in the halls and at lunch—otherwise, we get along in class and other activities. In fact, I hang out with a witch and a chimera. I watch her flirt-fight with a vampire in Art. I was the product of intermingling.

“It seems to depend on the individual. We stick to our own in larger groups, but when we’re in smaller ones, we mix together just as well. We’ve created sub-groups because of it.”

Adam nodded in approval and stood again, hands linked behind his back. “We were once segregated, and therefore, do have a tendency to be attracted to certain other species. In the same way, we fight. Shifters are territorial as are vampires, fey, and dragons. They tend to fight more with each other than others. Muses, ghosts, witches, and sirens are less territorial and used to migrating as needed or possible. Demons and angels sit somewhere between, more concerned with their position within their own society rather than a physical location in the cosmos.

“It becomes rather odd to have most species squashed together in one place for so long, but the experiment has proven useful in our government, our cities, and our relationships with human governments.

“That’s not to say problems don’t arise. We’ve had a few major incidents but not in a while. People start disappearing, and it’s usually a sign that something’s coming.”

I leaned forward again. “What kind of something?”

“Historically, various spells and sacrifices, cleansings, terrorist attacks. They’re typical of secular groups, human cults, and whack jobs. Most of us get along just fine.”

But when they disappear…like these three…bad things do happen. Were there more students gone, and I didn’t know about it? Maybe, I could get Starr to write me a little spell and Evan to teach me a few ins-and-outs of the school’s office and filing system.

A plan seeded in my brain, and before it could bloom, Adam tapped my desk, refocusing me like he was used to my going off on tangents of thought. Did a lot of REPpers do that? My dad and uncle did as links formed for them.

From Chapter Twenty-One, Running on Sugar:

“How do you stand the condescending coldness?”

A soft shrug. “I’m used to condescending, and I think it’s more of a tonal problem. One of my dad’s students was a really smart guy. Like put my dad to shame smart, and Dad is brilliant. Mensa brilliant. And the guy rubbed everyone the wrong way. Fact-driven. To the point. Always madsounding. He taught me how to read someone’s eyes and facial expressions with their words rather than their tone. Tone is too easily faked.”

“I am a product of my upbringing.”

From Chapter Thirty-Nine, Stick to the Plan:

“Don’t patronize me. You pretend to care because you think I took those kids. That because of your mom, you’re enlightened. Made to be a REPper, better than the rest of us, but the world will burn because of you and your blood.”

Have I interested you enough to make you click on the cover? It magically transports you to the discounted e-book. It’ll be a fun ride; I promise. Just be sure to hold on.