Felix Gray. If you’re familiar with Ria’s story at all, you know who this little monster is. If not, well, that’s why we’re here.

Felix is Phea, the queen of the vampires’, pet project. He’s got connections in the right places, and he knows the rules well enough to wiggle around them to suit his needs.

As part of Phea’s progression through history, she stayed with Felix and his family as a foster child in the late 1700s. When Felix discovered her secret, he begged her to take him away from the impoverished life, which led him to work in deplorable industrialized conditions alongside his parents until finding his way into local crime. This, in part, allowed him to prove himself to Phea; however, her true test came in killing his parents—presumably because of their treatment of her, but honestly, she’s not telling me the entire truth here, and she’s pretty sadistic in general, so it may simply be to keep anyone from looking for him.

This cruel nature blossomed in Felix, which is why he’s her gofer. He punishes, kidnaps, tortures, and kills, etc., at her command. Many others do this for her as well, of course, but she enjoys him because he’s so eager to please.

It wasn’t until after Felix became a vampire that he met the others: namely James, Phea’s second in command and lover. Animosity bloomed, and Felix swore to take her from him eventually. This is why he’s so focused on Ria when she comes to their training facility and tries to claim her. But of course, he fails to beat Gene—all by James’s design. 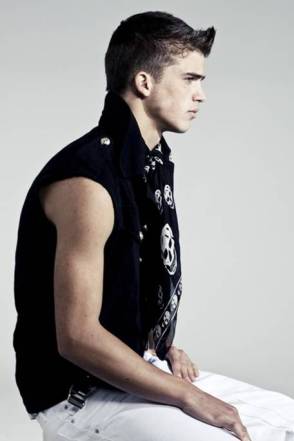 Let’s just say that Felix isn’t nearly as sneaky or smart as he thinks he is. Nor is he as powerful as he wishes as he was made by Samuel, the designated maker of a large lot of vampires because he is strong but lacks the ability to usurp the queen. If you haven’t guessed it, this, too, was on purpose.

But again, Felix planned to take Ria away from both James and Gene as their stories progress, and many have commented on how everyone seems to be “into her,” but Felix’s reasons for attacking her in such ways is purely (or almost purely) part of his strategy to pit James and Gene against each other and to slowly eliminate the competition.

His motives aren’t anything new. He’s a pretty basic bad guy, who’s smart enough to outwit most humans, but not smart enough to contend with those ten- or forty-times his age. Experience often benefits the paranormal more than their abilities do.

That’s Felix in a nutshell. Got any questions about Felix or the others, drop them in the comments below.  Otherwise, tell me about your supportive villains. How do you balance them with your main antagonist?