Poetic justice rewards the good and punishes the bad at the end of a story.

In a similar way to karma and dharma, we respond with phrases like, “she had that coming,” and “he got what he deserved,” thus developing a moral compass for the readers. Behave well and be compensated or behave poorly and be admonished.

Essentially, this prompts reader to see certain actions as a code of morality to set up easy identification of good characters and wicked ones so that we can connect with them appropriately.

Disney, for example, is great at wrapping up their movies with poetic justice: the prince and the princess fall in love, the villain is thwarted in the final battle, and those who clung to evil’s coattails are thrown under the bus.

In Frozen, Elsa and Anna are rewarded with the kingdom and family in one piece (kind of), their helpers also prospered. The villain, Hans is humiliated and exiled.

In Beauty and the Beast, Gaston is killed by the Beast, in part, due to his own arrogance, pride, and malice, while the Beast is rewarded with the love of a fine woman.

In Aladdin, Princess Jasmine and Aladdin gain love and the promise of a better kingdom. The Genie gets his freedom, and Jafar gets trapped away with the power he wanted so badly but no means to use it. 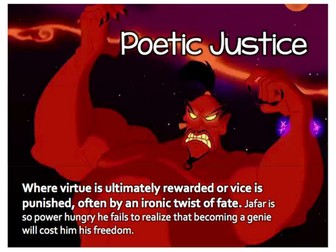 In The Lion King, Simba regains his kingdom, brings prosperity back to the land, and gets to create the family he’d missed. Scar is killed, not by Simba, but by his own minions, the hyenas.

We see this trope happen in dystopian stories where the rebels fight the dictators and win, usually fating them to death and their heroes to glory—or at the very least, to peace. 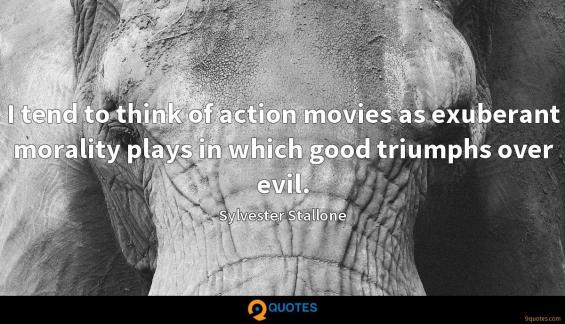 Think The Hunger Games, Katniss and Pita get their quiet life and family as both President Snow and President Coin die at the end for their corrupt natures.

Think In Time, Will steals an elite young lady, Sylvia, and they work together to topple a corrupt system. They’ve created an impact by shutting down factories by giving people enough time to quit their jobs, and the good guy duo go on to rib larger banks and destroy the system. The bad guys, at least the ones who come against them in the movie, die. The larger villains are no longer able to horde their riches with absolute security.

Think Equilibrium, Father dies, the rebellion defeats the dictatorship, and the people gain their freedom to feel.

Shakespeare has plenty of examples of poetic justice in his plays, although a great deal of terrible acts befall good people, the Montagues and Capulets lose their children for their feud, Lady Macbeth’s plot falls apart and haunts her, Othello’s death is justified for his lack of trust and violence toward those who loved him, and Iago is tortured and executed for manipulating Othello, and etc. 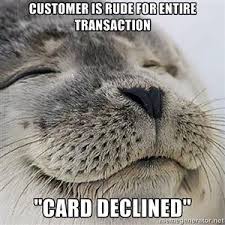 Beyond the fact that authors use poetic justice to create morality and paint potential punishments for when we don’t behave, how do we ensure that we properly craft this kind of ending with a lack of preaching to our readers while creating universal ideas of good and evil? There are varying degrees of what these concepts mean after all.

I’d love to know your take on poetic justice and its role in society. Tell me what you think in the comments below.