Today’s #SoCS prompt is: “animal sounds.” Write about the sounds animals make and how you experience them. Have fun!

Okay, y’all. I have animals. At one point, we had three dogs, thirteen cats, dozens of mice, ten lizards, two snakes, three frogs, and one ornate horned toad. Most of them were inside my house.

Now, we’re down to five cats, two snakes, two lizards, dozens of mice, a frog, and a turtle in our master bath tub. She’s gotten so big! The cutie.

But that’s all to support my connection with animal sounds. My god, the conversations I’ve had with animals. Mostly one-sided—the songs certainly are—but I’m always amazed at their ability to understand English.

For instance, our tuxedo cat, Nyx, was laying on the back of our couch in the living room when we said, “Nyx, look out behind you.”

And she checked behind herself real quick then gave us a dirty look. This was the night we decided her internal voice was Samuel L. Jackson.

I wished I understood their meows as well as they understood us. Sometimes, I get it. If I’m in the kitchen, and Acheron’s screaming at me—he for real hollers at us—and the girls are crying, I’m aware they’re begging for food. Something that has gotten a lot worse since we switched them off the dry food due to a diabetic kitty.

We get a lot of different meows. We had a cat, Mumu, who used to scream, regularly, to communicate with us. One of her cousins, Frodo, screams in the corners to make his meow echo and get the attention of the other cats. We’re pretty sure he can’t do as much of the silent communication they use with each other or he can’t hear as well because he’s inbred.

Most of our girls chirp or trill at us when they’re happy and want our attention. They also bellow in our hallway because it reverberates to signal they’re in heat. Annoying. And they all have crazy purrs.

Our oldest, fattest butt kitty—the one that passed this winter—Tecnn had the loudest and most outrageous purr that would bloom when we touched him at all. But he also had the most-silent meow. A meh-eh sound that I would sometimes miss his first attempt of getting my attention and would rear up his thirty pounds and grab the side of my chair to tap at me. He would also scratch or bite the paper and plastic around my room to get some pettings, too.

All of our animals have their own sounds, and we’ve found ways to communicate with them: a turtle scratching at the side of the tub, a snake dropping from the side into his water bowl, the mice clanking their water bottle, or the frog hooting under her red light.

One of the funniest is when the crickets suddenly stop chirping, and it grows eerily quiet like the foreshadowing in a horror movie. Gets me every time. 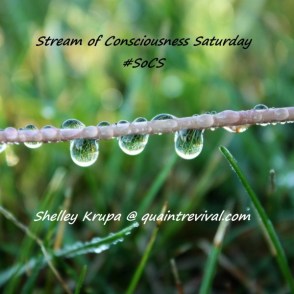