From early on in the Blood Phoenix stories, we watch Ria use meditation to deal with her newly acquired vampirism. She uses her chakras and focus to keep from killing her victims and controlling her visionary powers in Rebirth. In Claimed, she learns to stack them to tap into her powers and defend herself. With practice, she uses them to heal her mind and deal with her PTSD in Imprinted.

Here’s a little background information and the techniques she uses.

Meditation with chakras allows one to strengthen the connection between body and mind, to build on each chakra, and to tune intent and energy to create ultimate focus.

The base is dense, heavy, and difficult to change as it represents strength and stability, opposite in nature from the tip, the sixth chakra is easily changeable, light, and airy. The seventh chakra, at the crown of the skull, is our connection from the body to consciousness.

Stacking chakras through meditation, as Ria does, means visualizing and stimulating each chakra from the root through the navel, chest, throat, and forehead to the crown. As each grows balanced, one gains a better feel for the world around them, relating to it physically, emotionally, and spiritually.

Ria often imagines the process as wrapping a suit of armor around herself, and the regular activation lends to her advanced healing and controlling the excess of energy feeding her wild abilities, essentially caging in the feral chaos she holds onto—more to come on this later.

The other techniques Ria uses in the books are not as elaborate, so a brief overview will do.

Flames—this was the first technique I used when I learned about meditation in college. This takes on a variety of starting points, staring into a real flame, creating an imaginary flame in the mind, and building a shrine either physically or mentally, that allows a person to add means of reaching into our consciousness.

Focus/Re-Focus—this is one I learned of through my husband. When clearing one’s mind, we must allow the noise in our heads to have their say before they can give us any peace. This is what he does, calling up his worries, filing them if important, and swatting them away if he lacks control to change them. Similar techniques relate to the effort it takes to shoo away that random, chattering noise in the mind (at least in my mind). For Ria, this means dealing with her survival’s guilt after killing another renegade vampire.

The vitarka mudra—this hand gesture is commonly seen in Buddha statues as the sign of enlightenment. The term vitarka in Sanskrit means reasoning, consideration or deliberation, and mudra means closure, mark, or seal. Together, vitarka mudra is the gesture of debate. In yogic practices, the mudra aids in controlling the flow of energy and unblocks chakras.  Ria uses a variation of the mudra by touching both the index and middle fingers to the thumb, symbolizing compassion. When she uses it, she’s honing her powers in attempts to keep others from harm. 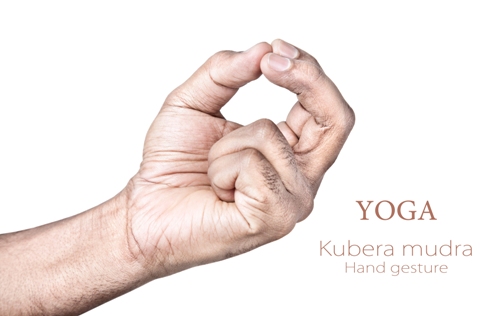 Got questions about these techniques? Leave them in the comments below.

Want to know more about Ria? Check out the Blood Phoenix novels here.