Nothing better defines a vampire than their need for blood. The significance of blood became apparent early for humans as they connected blood to life via childbirth and menstrual flow, spilling blood and the loss of consciousness, breath, and life of hunted animals. 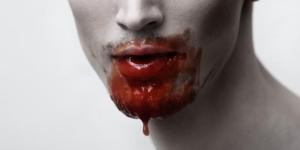 Blood, therefore, is identified with life, although philosophers produced many speculative reasons as to why such a connection existed: “People assigned various sacred and magical qualities to blood and used it n a variety of rituals. People drank it, rubbed it on their bodies, and manipulated it in ceremonies.” Ultimately, people believed that drinking the blood of a victim gave one additional strength. 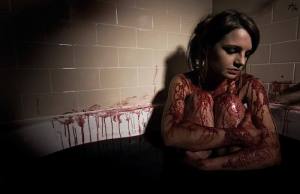 Much of the vampiric lore pertaining to blood developed prior to modern medicine. Yet, Dracula was written just as modern medicine emerged, and thus, mixes traditional blood lore with new medical knowledge. For example, as Lucy’s fiancé lay dying, Van Helsing ordered a blood transfusion, a new medical invention at the time, as a remedy to vampire attack. This transfusion began a new wave of vampire myth. 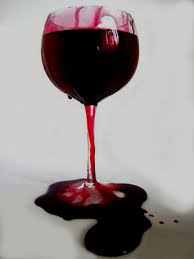 As blood itself grew demystified, the supernatural attributes of consuming it did as well, thus transforming the vampires into diseased creatures, caused by theological or moral flaw and that some physical disorder in the blood, which could be passed by the vampire’s bite. The act of drinking blood also became “a direct defiance of the biblical demand.” These adaptations gave cause to seemingly endless possibilities for vampires as a mythical race, proving why the myth has maintained so many devotees to this day.

For example, Dark Shadows, a late 1960s television series, introduced vampirism as a disease and sent one of the main characters, Maggie Evans, to assist her newly met vampire friend, Barnabas Collins, with a cure for his disease.

In 1981, Jan Jennings’ Vampyr introduced a research scientist and his relationship with a vampiress. Due to his love, he traced the disease to China and found it to be a contagious infection brought to America by early Dutch colonists, but he was unable to cure her.

Scientific discoveries of the essential function of blood within the human body have given it more mystification and promoted its return to holiness in the late twentieth and early twenty-first centuries.

Want to know more? Check out this link and this link!