Ancient Rome’s vampiric lore did not develop to the same extent as in Ancient Greece; however, the mythology did present itself.  Vampirism focused less on the undead and more on living witches. As with other culture’s lore, vampire-like entities were used to explain the unexpected deaths of infants (as was true for the lamiai of Ancient Greece).  Most specifically, the Ancient Romans spoke of a night demon, the strix, which drained infants of their blood.

In the first century A.D., the Roman poet Ovid described such a witch in his fourth book, Fasti: “They fly by night and look for children without nurses, snatch them from their cradles and defile their bodies. They are said to lacerate the entrails of infants with their beaks, and they have their throats full of the blood they have drunk. They are called striges.”

Ovid helped develop the concept of a strega, usually a woman witch, who had the power to change into a bird and fly around at night. She was believed to suck on human blood and to possess poisonous breath.  Stories of the strega became a part of popular culture in the Roman Empire, creating their own version of the witch-hunts, where any person believed to be a strix or strega were attacked, burned, and/or cannibalized as a way of disposing of witches. 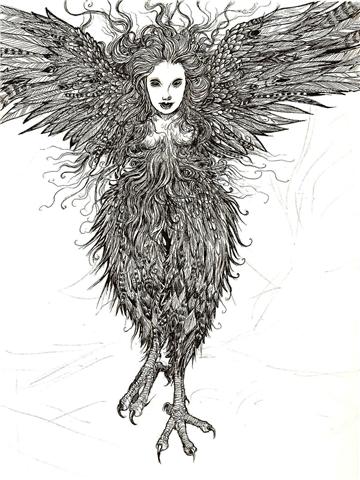 By the end of the fifteenth century, the witch had been demonized and turned into a Satanist by the Inquisition and continued to be executed as part of the centuries of the witch-hunts, where the accused would admit to vampirizing babies.

Between 1460 and 1525, ten book were published on witchcraft by the Italians. Among those, Gianfrancesco Pico della Mirandola published a short volume, entitled Strix, in Bolonga. The beliefs described by Mirandola became the dominant opinion of religious and intellectual leader in the Renaissance and several centuries thereafter. However, by the eighteenth century, the Italians joined the rest of Europe in doubting the existence of such supernatural evil perpetuated by witches and vampires.

Yet, fragmented beliefs of the strix and strega have been passed into the modern Wiccan revival due to the writings of C. G. Leland in the nineteenth century.

Want to know more? Check out this link and this link!

1 thought on “Did You Know…About the Ancient Roman Vampire?”