Spain had witches that were believed to have the power to transform into various animals, to steal infants, and to vampirize children—one of the most evil acts a witch could engage in.  The occurrence of vampirized children featured in a lengthy and prominent trial at Logorno in the fall of 1610.

Although the Spain did not contribute much to the lore of the vampire, or literary representations, Spain did played a significant roll in the cinematic vampire after World War II.  Their first vampire film was entitled, Parque de Juegos, or Park of Games—a 1963 film based off of a story by Ray Bradbury.

In 1968, director Armando de Ossoio began production of several vampire films and created a reputation for himself as one of the most prolific instigators of vampire films, successfully directing such films as, Tombs of Blind Dead, 1973; Fangs of the Living Dead, 1968; Return of the Evil Dead, 1973; Horror of the Zombies, 1974; and several more.  He is most remembered for introducing the blind vampires in La Noche del Terror Ciego (Tombs of the Blind Dead), which centered upon the Knights Templars, a religious order whose members were blinded and murdered in the thirteenth century, who returned in two of this other films as vampires who attacked people with the use of their acute hearing. 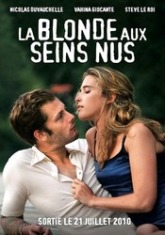 After an intense period of releasing vampire films, Spain filmmakers relinquished the vampire (and the horror theme) to America.